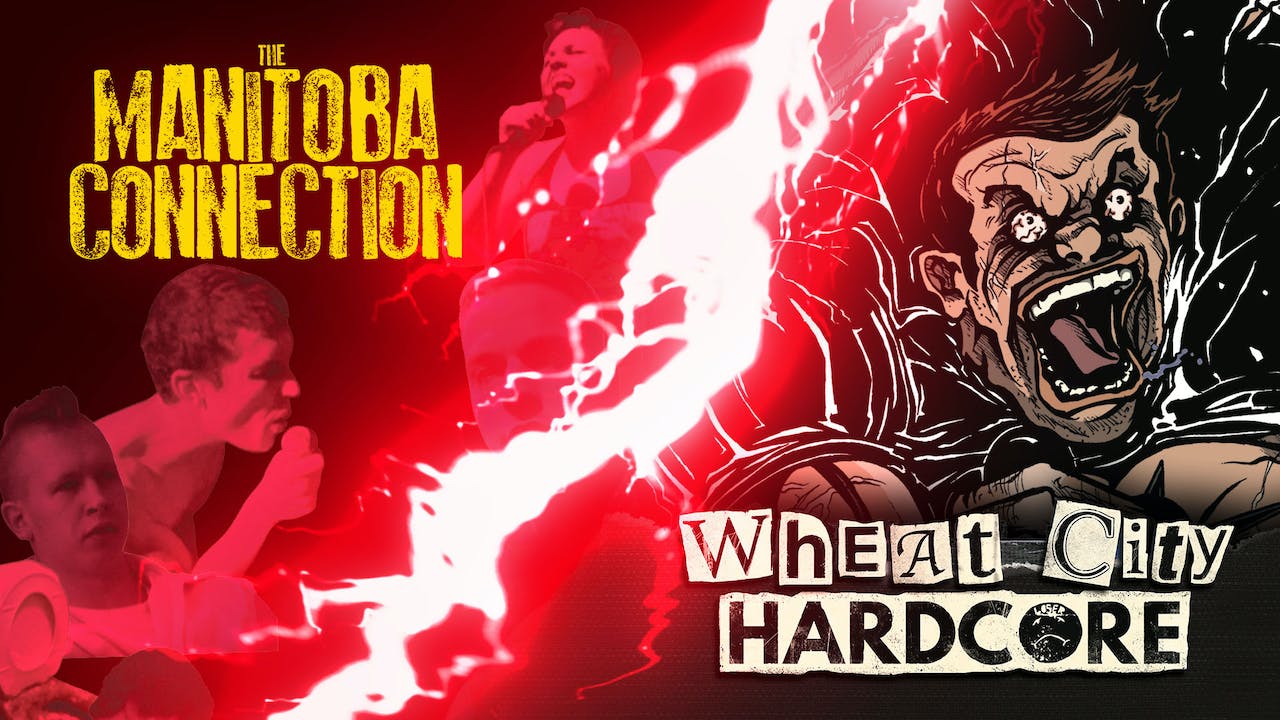 Two blistering Punk Rock Documentaries for the price of one, thanks to Dauphin CountryFest Cinema enjoy these two documentaries about the Punk Rock Scene across Manitoba!

The Manitoba Connection (2020) 35 Minutes - This previously unreleased, 35 minute documentary film that takes you deep into the bowels of Winnipeg's punk and hardcore underground circa the mid 2000's. "The Manitoba Connection" provides a rare, lightening-in-a-bottle snapshot of DIY subculture as it is on the Canadian Prairie, marked by geographical isolation, brutal winters, and a history of working class politics.

Comes with an additional 10 minute of Outtakes!

Wheat City Hardcore (2018) 60 Minutes - Brandon, Manitoba may not stand out on the nations musical map. But for independent musicians touring Canada in the 1990's, The Wheat City was a punk rock hotbed. With the twentieth anniversary of their bands inception approaching, four friends decide to pay tribute to the scene they helped create and reunite for one last show.